La Aurora Cigars was founded on October 3rd, 1903 by Eduardo León Jimenes, a hard worker man who was son and grandson of tobacco growers, that, without neglecting his family tradition, decided to go a step further with the creation of a cigar brand which he intended to have a global dimension. The founder was then 18 years old, inherited some “tareas” of land and with a reduced roster of six employees, a great enthusiasm and much effort, began to build his dream. Today, more than 113 years later, La Aurora has a presence on the five continents and more than a thousand employees.

Tasting notes:
Of decisive start, with a predominance of spicy notes of black pepper, which are opened to give way to more complex and delicate flavors. The presence of wood is evident throughout the smoke but is enriched with nuances of cinnamon, nuts and even citrus tips. Its finish is powerful and creamy, at the height of a demanding smoke. 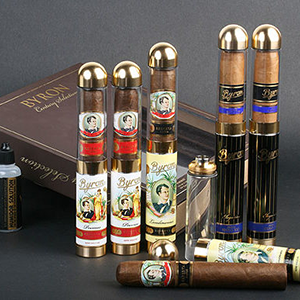 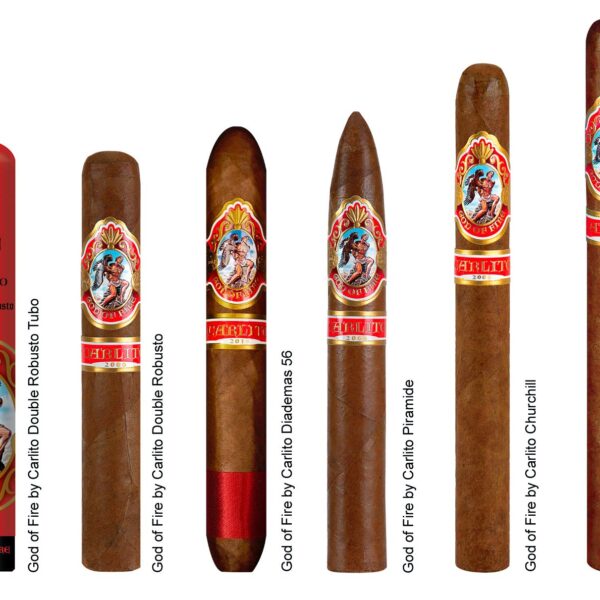 God of Fire by Carlito Diademas 56 box of 10